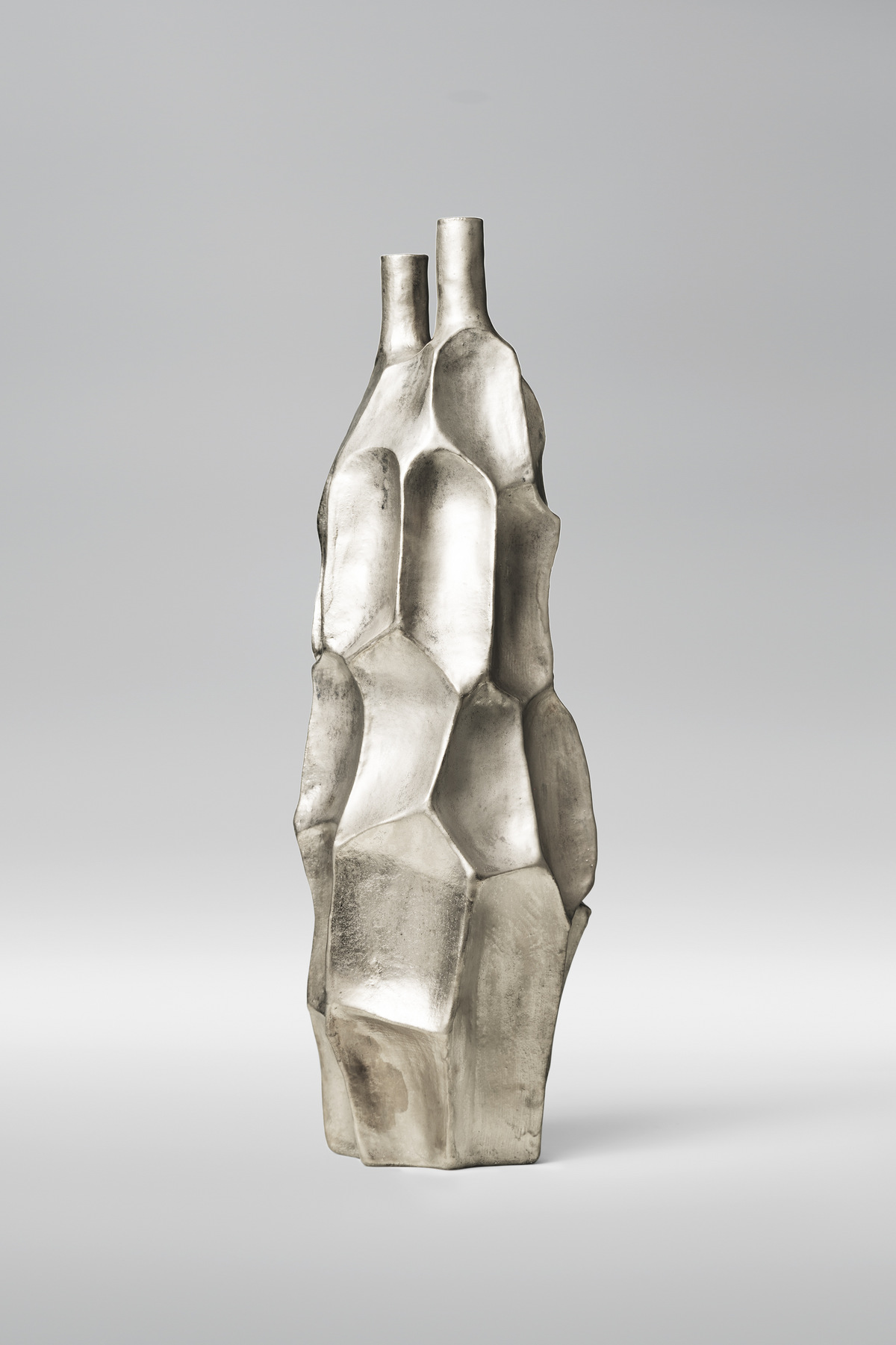 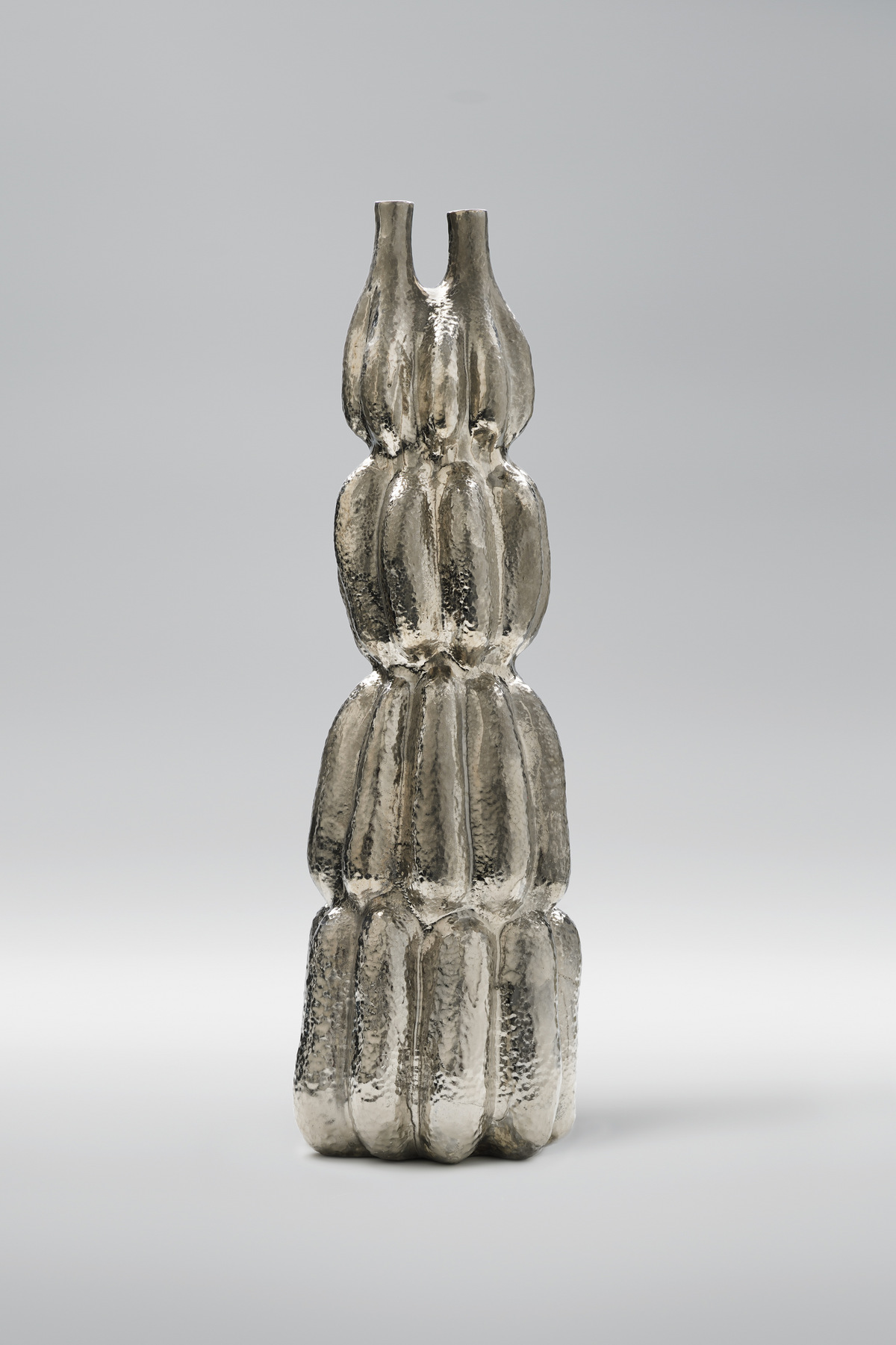 Doppelhalsvase aus der Serie APOSTEL :' Sinneswandel', 2021,68x15x16cm
© schamottiertes Steinzeug, gebaut, gehämmert, Platin
In 2019 Ute Kathrin Beck began with her series Glanz&Glimmer: It consists of freely constructed ceramic vases covered with partly matte, partly shiny glaze of copper, platinum and gold. The surfaces show burls, folds, bulges or crater-like indentations, some form elements seem to be taken directly from baroque sculptures. The metallic glaze irritates the viewer - one might think one is looking at vases made of hammered metal. The series plays with the abundance, the overflow and the decadence of the baroque attitude to life and thus also enters into a dialogue with contemporary issues.

The APOSTEL series is inspired by Ute Kathrin Beck's examination with the cultural and historical contents of her childhood in Oberschwaben. It consists of vases with a sculptural effect, which, due to their size, are associated more with figures than with vessels in the true sense of the word. They are given titles according to their shape, such as Sense Change, Mindfulness, Scream, Muse, Drone, Sputnik, Humor, and more, like emissaries that encourage reflection on cultural/human values. Seven of the twelve planned apostles have already been created. 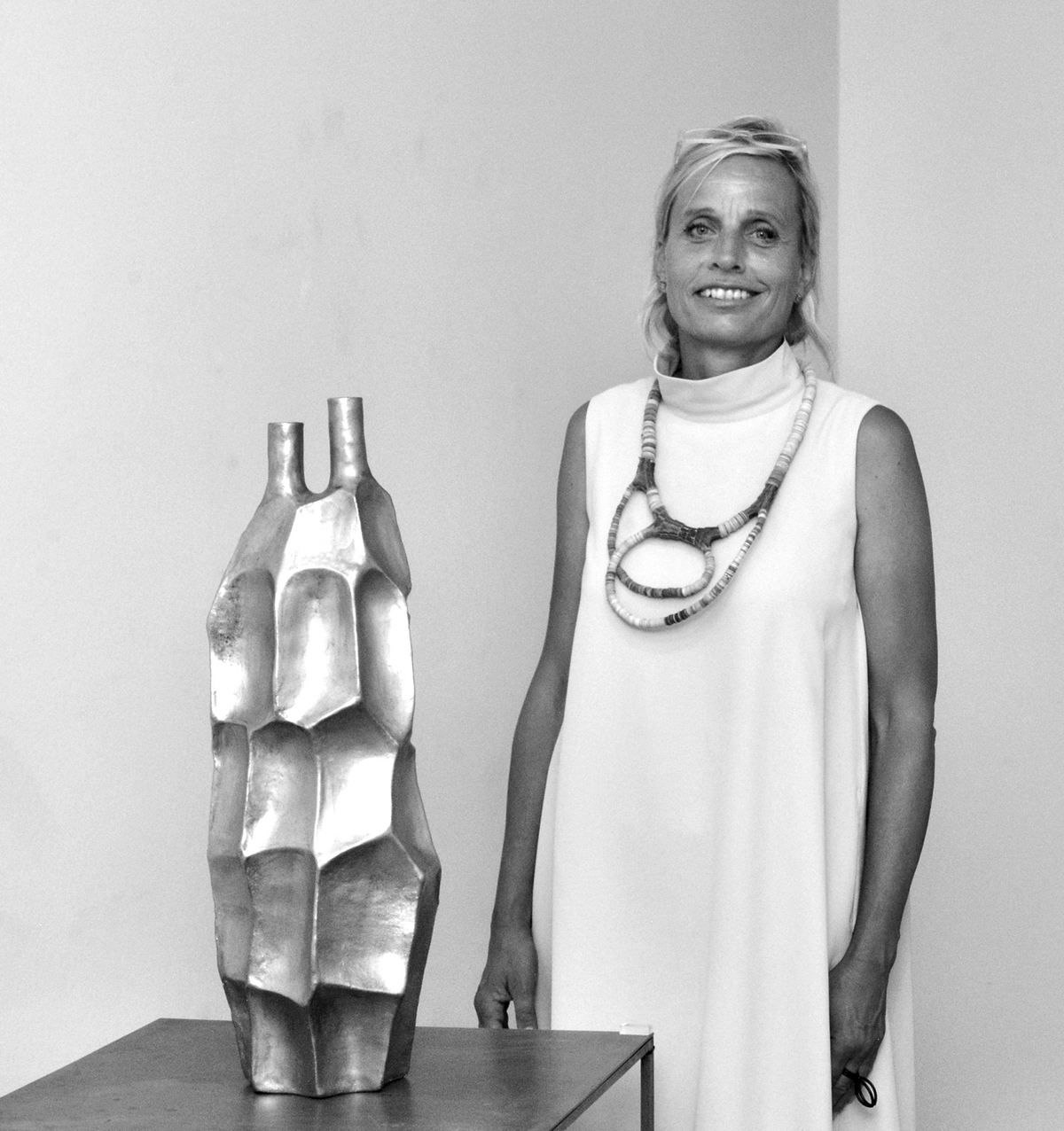