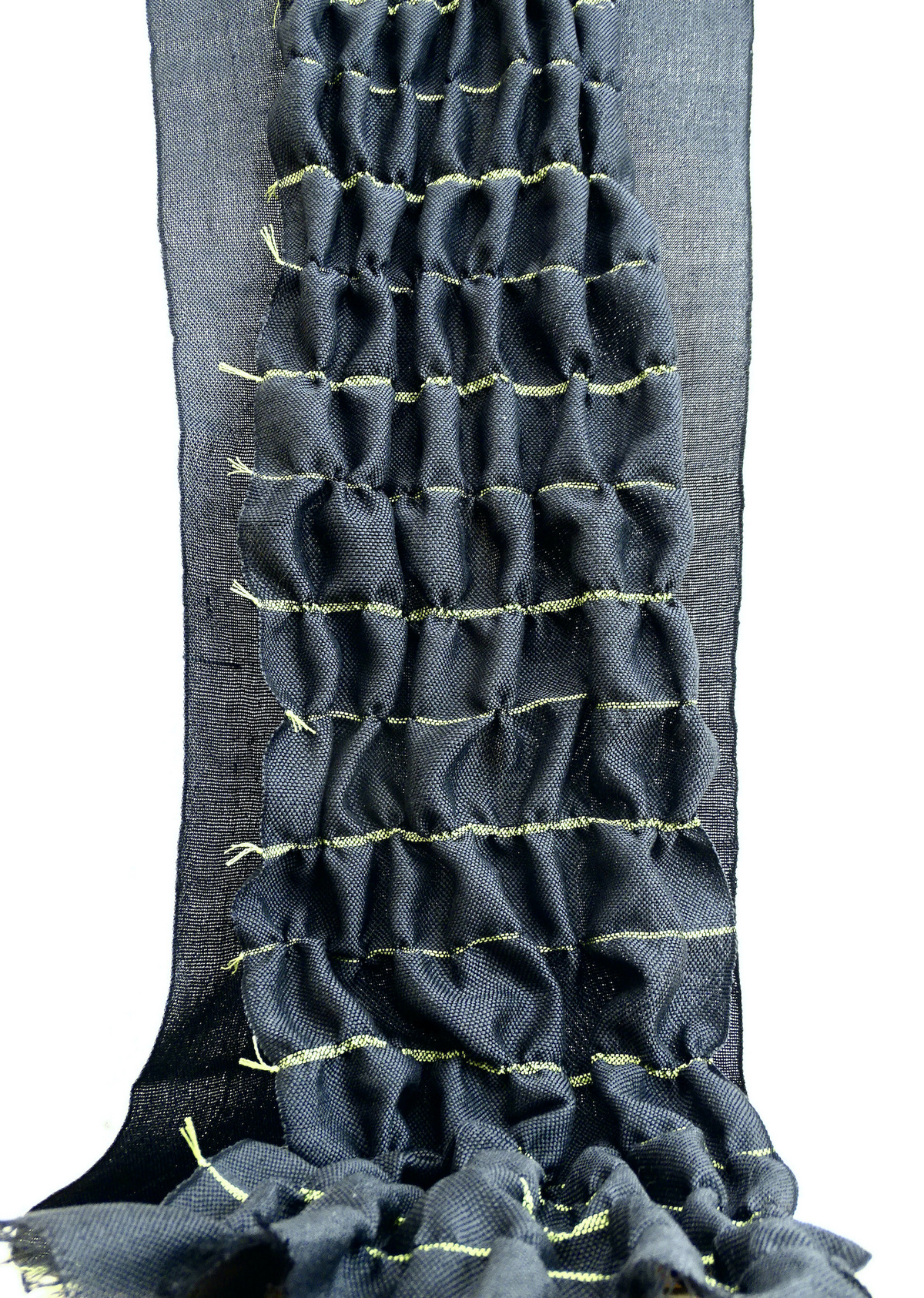 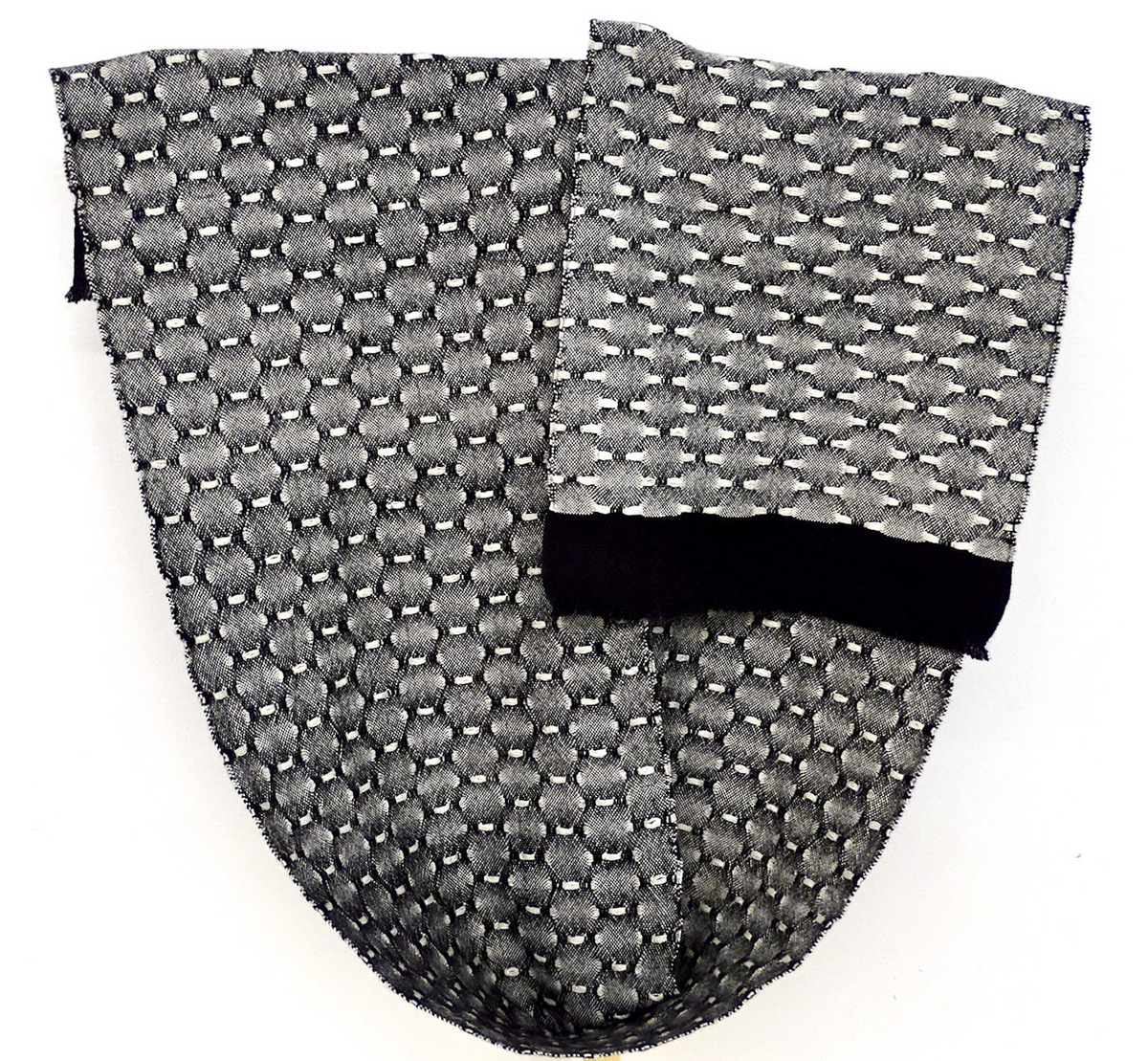 [Translate to Englisch:] Unendlich, 2021
© [Translate to Englisch:] Natalia Pongis
Specialised in hand knitting, crochet, weaving with Flying8 loom since 2004. Autodidactic training.
Since then Natalia Möller-Pongis has been developing her technical as well as creative style of her works. The materials she has chosen are cotton, wool, bamboo silk and other fibres. In 2006, she set up her own business and since then has participated with her work in arts and crafts fairs on the national and international Elbe. She currently works exclusively in Germany and presents her work at upmarket exhibitions (Grassi Messe, MK&G Messe) and in selected galleries (Hilde Leiss, Hamburg).
Natalia Möller-Pongis & Andreas Möller jointly run the Weberei Hamburg. 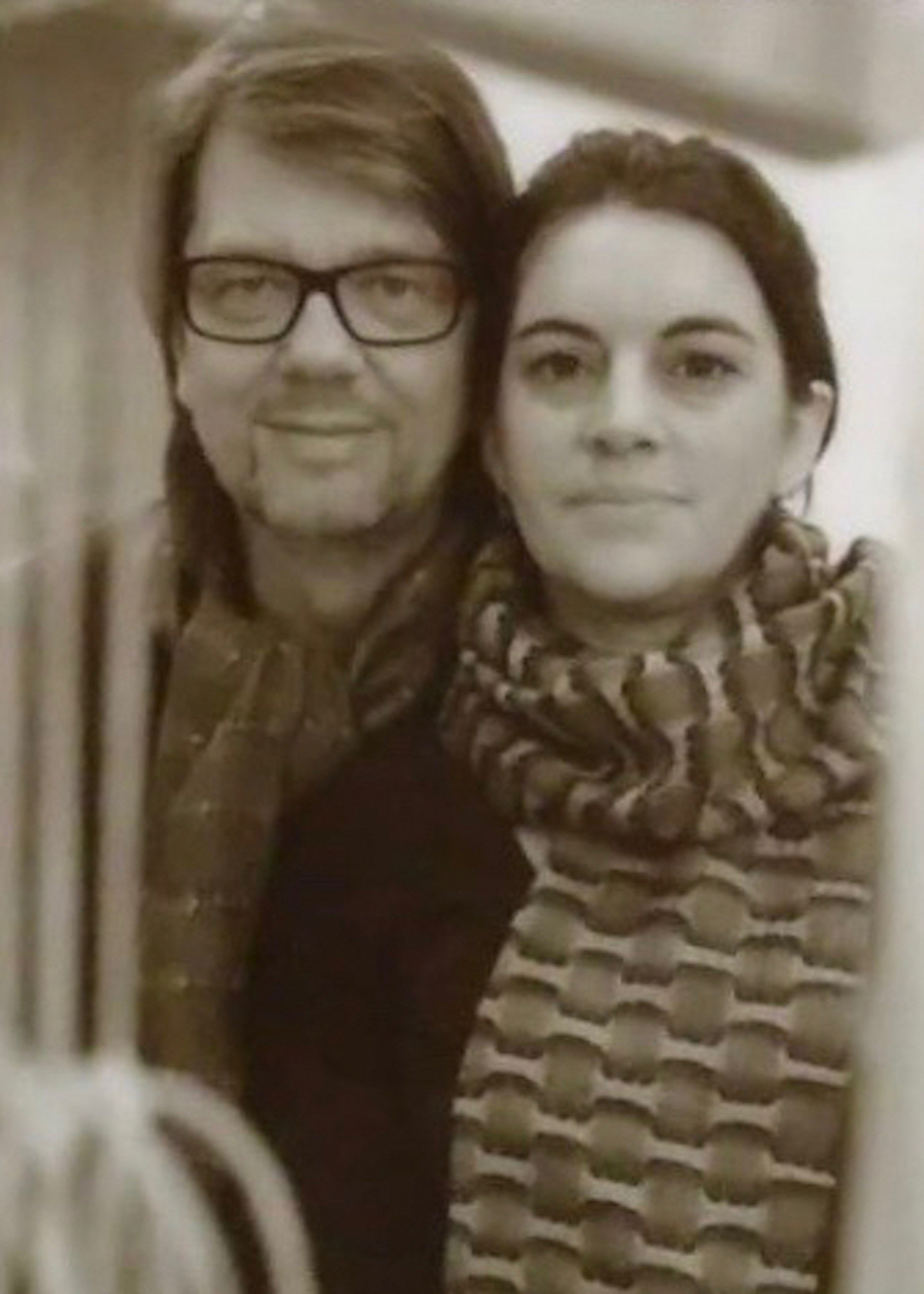