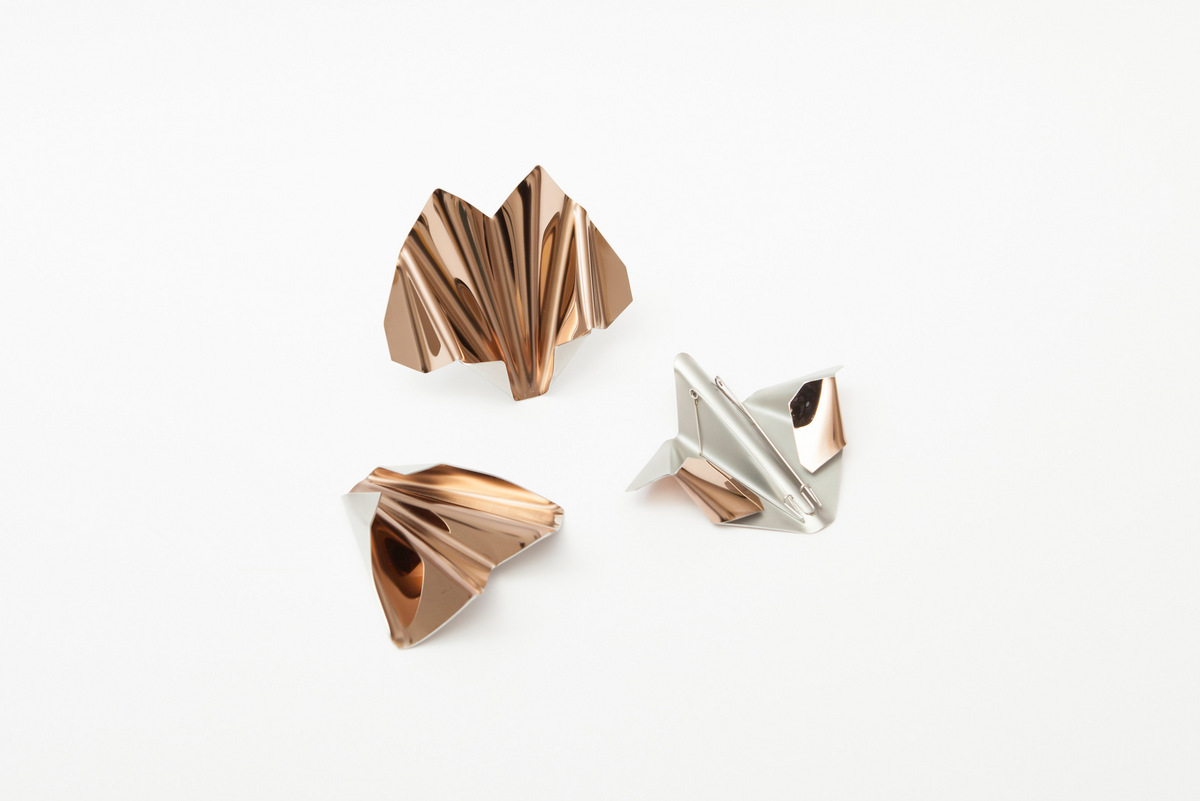 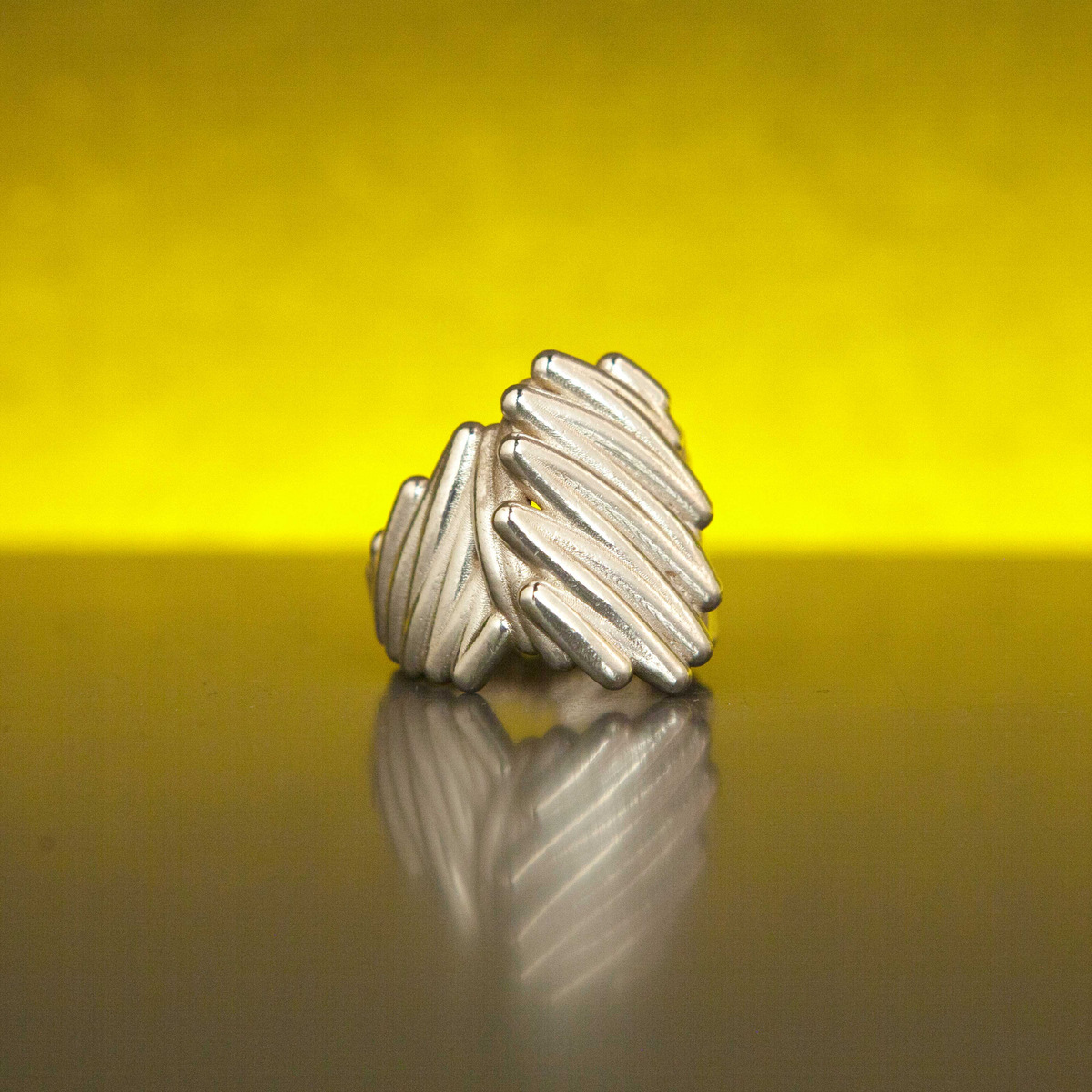 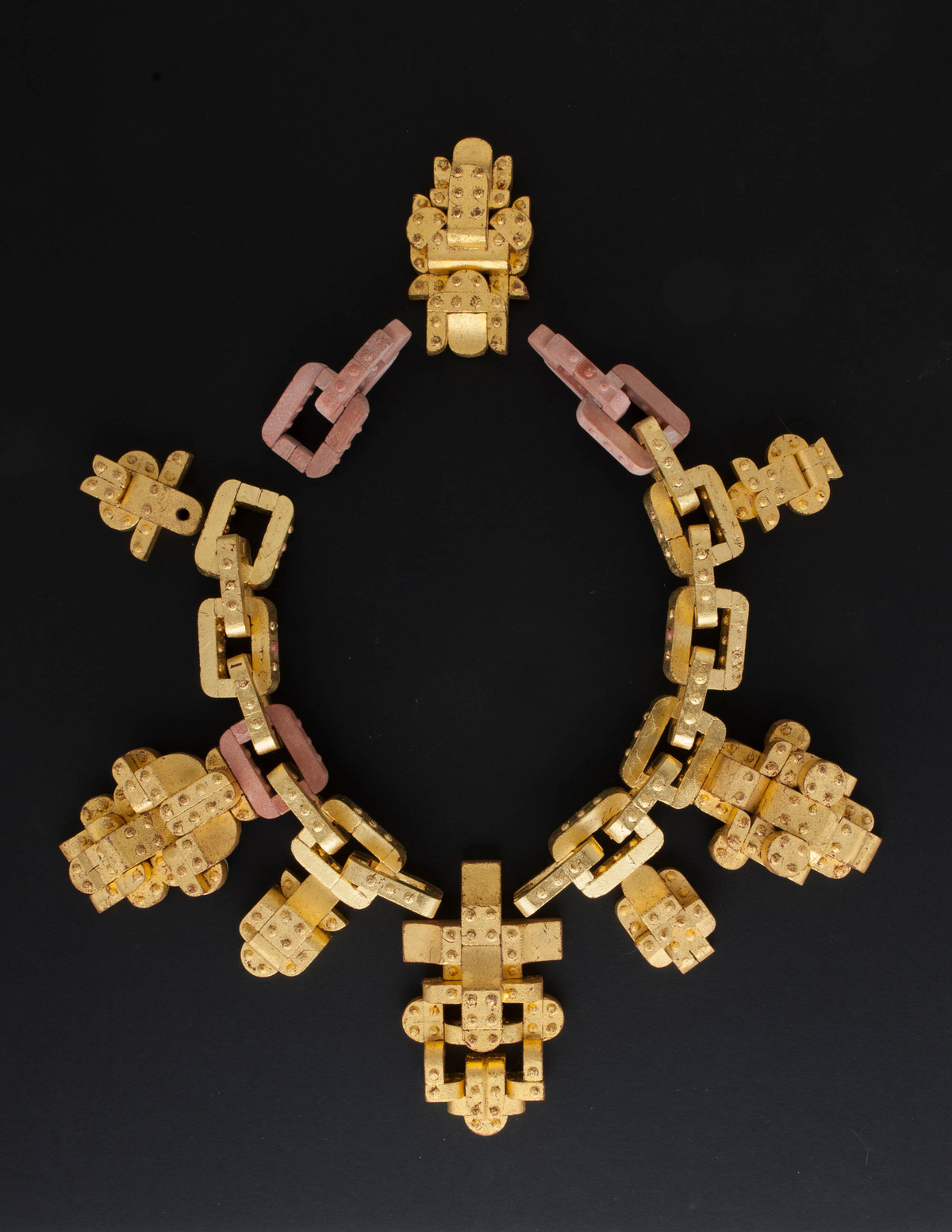 monstrous chain of the mighty final boss, Halsschmuckobjekt, Ziegelstein, 24karat Blattgold
© Florian Milker
Florian Milker is a jewellery artist and designer based in Leipzig, Germany. His craftsmanship as a goldsmith led him to study jewellery/sculpture at the Burg Giebichenstein Halle Saale Art Academy. In his work, he frequently switches between different materials and techniques. The resulting, so-called "series" pieces move in the field of tension between manufacture and uniqueness. The "playfulness", both as a starting point and in the process, is the focus of his explorations.
He says about his work: "In my work I try to elicit a symbolic character from the objects that surround me. In their origin lies a meaning that relates to our needs. The objects of my inspirations are already jewellery for me before I transfer them to the body. These transformations create new contexts that can be amusing but also stimulating to reflection. My craftsmanship is like an expedition in search of the fragments of our lost naivety in the sandbox of life." 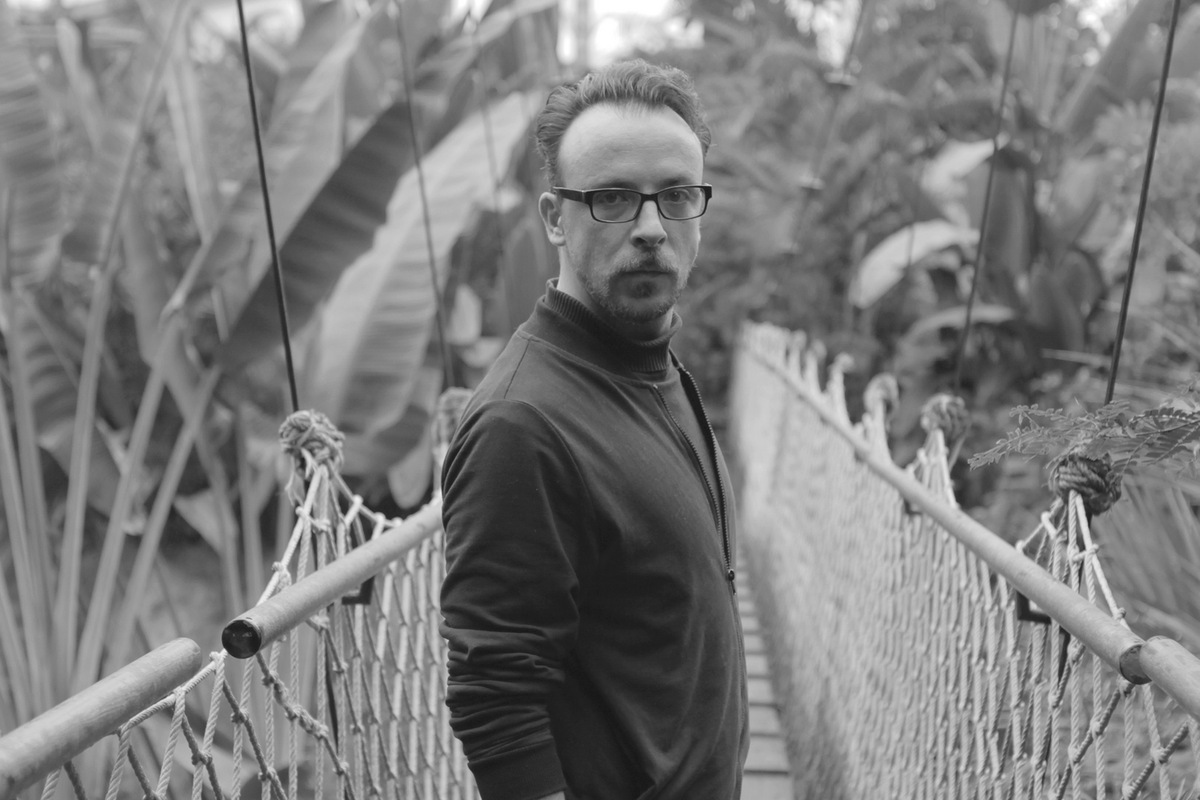